AND THE WINNER IS…

Following a very dramatic voting of CVCA and SLOVCA members, winners of the 1st combined edition of the Czech-Slovak were awarded at the ceremony in the Grand Mark hotel in Prague.

At the beginning of the year, members of both asociations have nominated their favourites in the competition in a total of eight categries. Some categories were common CzechSlovak, some categories were only national. At the beginning of May, an independent jury, which members included representatives of the EIB, the EIF and major players in the Czech and Slovak PE and VC markets, selected three finalists in each category. As a last step, members of CVCA and SLOVCA voted on the winners online.

In addition, Vladislav Jež received the Special Award for the Contribution of the PE and VC Market. He is practically the founder of venture capital investment in the Czech Republic, he is still an active Partner of Credo Ventures.

The CVCA & SLOVCA Awards are presented by The Czech Private Equity & Venture Capital Association (CVCA) together with the Slovak Venture Capital & Private Equity Association (SLOVCA). These associations bring together venture capital and private equity funds, financial institutions, and private equity service providers in the Czech Republic and Slovakia. CVCA and SLOVCA were established with the similar aim of developing and supporting PE/VC sectors and representing their interests in cooperation with Czech, Slovak and European authorities.

VOTE IN CATEGORY PE DEAL OF THE YEAR – ČR

CN Group is a Czech leader in nearshore agile software development. The company also offers IT management consulting services and QA/testing services to its clients. In its five nearshore delivery locations in the Czech Republic, Slovakia and Romania it employs more than 360 digital technology specialists. Cooperation with Genesis Capital was a successful succession-driven MBO.
Advisors: Havel & Partners, Deloitte, Dentons

QUINTA-ANALYTICA is one of the largest independent companies in CEE specializing in commercial services for the pharmaceutical, biotechnology and generic drug industries. Over 200 experienced in-house professionals provide a wide portfolio of services to the major global players in the pharmaceutical industry. Cooperation with Genesis Capital was an example of successful generational succession.
Advisors: Havel & Partners, EY (for the buyer), Noerr

VOTE IN CATEGORY PE DEAL OF THE YEAR – SR

Daktela is the Czech market leader in providing software for contact centers (technological solutions for communication with customers) with more than 900 clients. It´s solutions are used by companies ranging from those involved in e-commerce through travel agencies to energy companies and call centers. It has branches in Slovakia, Hungary, Poland and the United Kingdom with great ambitions for further regional expansion. Sandberg Capital Fund II owns a 40% stake in the company.
Advisors: VICF, CEE Attorn

FinGO is an innovative financial services intermediary with a multi-channel distribution platform. The company mainly arranges mortgages and life insurance, but also investments, pension savings and non-life insurance. The company strives to connect all major financial institutions (banks, insurance companies, pension companies, etc.) with end customers, thus helping them to optimize their choice of different products. Thanks to its unique online platform focused on sharing business opportunities with brokers, FinGO is currently the fastest growing financial intermediary in Slovakia and the Czech Republic. PEF VIII, a fund managed by EI, bought 40,6% stake in the company for EUR 19,1 million.
Advisors: PwC, Wise3

TITANS freelancers is a leader in the outsourcing of IT freelancers on the Slovak market. Its typical customers are companies with their own IT team, which need to temporarily strengthen their team to implement their IT projects. Its clients include renowned domestic and foreign companies, with access to up to 11,000 IT specialists. Sandberg Capital Fund II owns a 15% stake in the company.
Advisors: PwC, KPMG and Law Firm Barger Prekop

VOTE IN CATEGORY VC DEAL OF THE YEAR – ČR

The second Czech unicorn with a valuation of USD 1,725 billion. Productboard creates online platforms, which help product managers develop individual products thanks to the greatest possible understanding of customer needs and correct setting of strategies. Zoom, Microsoft, JCDecaux, Disney and more than 4 thousand other companies use the services of this Czech startup for their product development planning.

Having a groceries delivered to ones home within two hours and ordering everything using a mobile application – a service that thousands of Czechs grew to love, especially during the covid pandemic. Rohlík was the first Czech unicorn with a value exceeding a billion EUR. Existing investor KAYA VC (formerly Enern) was joined by Partech and Index Ventures in 2021. International expansion into Germany, Austria, Italy and Romania is being financed through these investments.                                     Advisors: Cameron McKenna,            White & Case, Pierstone, Spectre.law

Twisto Payments is a payment platform for a system of deferred payments. It´s the fastest growing fintech company in CEE. More than 1,6 million people have used Twisto to make payments. Kaya VC was the first investor in Twisto in 2013, and was gradually joined by ING Bank, UNIQA Ventures, Elevator Ventures, Finch Capital and Velocity Capital Fintech Ventures. Together, these investors sold it to the Australian payment platform Zip for EUR 89 million in 2021.                                   Advisors: Schonherr, DLA Piper (for Zip Co.)

VOTE IN CATEGORY VC DEAL OF THE YEAR – SR

The startup aims to create the best platform for data science, which includes all aspects of researchers’ workflow. It is based on laptops, in which users can connect their data, study and analyze it, see changes in real-time and collaborate with colleagues or other partners. Deepnote is already the standard for the new generation of data scientists. For example, if you plan to do a data science course at Cambridge, Harvard MIT etc., it will be taught using Deepnote. The most important startup markets are the United States, Europe and India. The Series A investment closed at $ 20 million, backed by Index Ventures, Accel, Y Combinator and Credo Ventures.

Photoneo, the innovative smart automation powerhouse, that transforms e‑commerce order fulfillment, raised an investment of EUR 18,5 million. Photoneo is developing a revolutionary intelligent robotic system and optical system and its integration. The company is the owner of the best 3D inspection camera in the world, based on various independent tests and analyses. The company also offers Smart Factory and Automated Warehouse solutions.
Advisors: Havel & Partners, Mazars

Sensoneo is a global enterprise-grade smart waste management solution provider that enables cities and businesses to manage their waste efficiently, lower their environmental footprint and improve the quality of services. Through its unique technology, it is revolutionizing the way waste is managed. The solution combines custom sensors that monitor waste in real-time, with advanced monitoring devices and sophisticated software. The company received investment to the tune of EUR 2 million from the EIC Fund and VFF to further accelerate the expansion of the company.
Advisors: Růžička and Partners, Mazars

VOTE IN CATEGORY IMPACT DEAL OF THE YEAR

There are over 7,5 million deaf people in the world who can´t do without sign languages or interpreters. Deafcom addresses this problem and is behind the development of software for online interpreting and the transcription of spoken language. Besides the Czech Republic (where it is used, for example, by Česká spořitelna, Raiffeisenbank and Prague District Offices), Deafcom also operates in Poland, Croatia and Slovakia. This software is provided for free.

Sensoneo is a global enterprise-grade smart waste management solution provider that enables cities and businesses to manage their waste efficiently, lower their environmental footprint and improve the quality of services. Through its unique technology, it is revolutionizing the way waste is managed. The solution combines custom sensors that monitor waste in real-time, with advanced monitoring devices and sophisticated software. The company has received investment to the tune of EUR 2 million from the EIC Fund and VFF to further accelerate the expansion of the company.
Advisors: Růžička and Partners, Mazars

Snuggs has created a line of period-absorbent underwear that look like regular underwear. It has highly absorbent and leak-proof nanotechnology membranes which serve to replace disposable period pads and tampons. Snuggs products are ethically manufactured in the Czech Republic and have a positive environmental impact for society. In 2020, Snuggs were used by more than 40,000 women. Snuggs aims to be the first to break into EU markets and to become number one in Europe over the next three years and then enter the global market.
Advisors: KŠB

With more than EUR 300 million managed by four funds, ARX has become a leading private equity firm in its segment operating in the CEE region. Deals it completed within the last few years include: Diagnosticni Center Bled, Promens Zlín, Instrumentation Technologies, and most recently Brebeck Composite.

A PE fund company, established in 1999 with more than EUR 300 million raised distributed over five funds. GC provides capital for the financing of acquisitions and supports the development of small and medium-sized enterprises in the Czech Republic, Slovak Rebublic, Poland, Hungary and Austria. Significant deals in recent years include: CN Group, Quinta Analytica and Conectart. GC raised EUR 134 million for its 5th fund last year, and it is expected to reach a total size of EUR 150 million by the middle of 2022.

A leading central European venture capital fund focused on investments in early-stage technology startups. Credo Ventures has raised more than EUR 250 million since 2010, and currently invests from its fourth fund sized EUR 75 million. With more than 70 investments. Credo is one of the most active venture investors in the region. Significant investments include: Productboard, UiPath, Apiary, Displate, Deepnote, Gamee, Around and Cera.

A VC fund investing across Europe, focusing on CEE region, with more than 10 years of investing experience (formerly Enern). Kaya focuses on technology sturtups, it has more than EUR 80 million at its disposal within the existing fourth generation of funds. Significant investments in recent years include: Rohlík, Twisto and Docplanner.

Venture to Future Fund is a unique fund in the CEE region established on the joint initiative of the EIB and the Ministry of Finance of the Slovak Republic through Slovak Investment Holding. It is historically the first fund in CEE which obtained funding from the EIB. VFF aims at high-tech startups with innovative solutions and always invests alongside independent private co-investors based on the pari-passu principle. VFF´s  total AUM exceed EUR 40 million. It´s latest investments have been: Photoneo, Sensoneo, Simplicity, AgeVolt, nettle.ai, SEC Technologies and and Spaceti.

HP is the largest Czech-Slovak law firm with international reach. HP lawyers are sought by clients for their comprehensive legal and tax advice, strategic thinking, and their desire to succeed, as well as for their ability to complete their clients’ transactions successfully and effectively assert their business interests. HP operates in the field of PE, VC, banking, real estate, labour law and many other fields, which form part of successful business.

A law firm providing a comprehensive range of legal advisory services related to transactions and businesses of commercial companies. JŠK operates in the field of private equity, venture capital, real estate and insurance and others. JŠK is a the founding member of a unique network of commercial law firms called PONTES, which includes law firms from most Central and Eastern European countries. 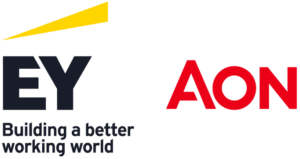